Diggin' Through the Vaults: Deleted Scenes

Sometimes when working on one of those illustratory-jobby-things I do to make a living I'll scribble up  some pencil sketches, or roughs, that don't end up being finished and make it to print. It might be that I've given the client more than one choice of roughs to choose from (I'm guilty of giving them TOO MUCH choice sometimes), or I've gone in a direction too far away from what the client had in mind.  Occasionally I'm not satisfied with a piece and want to do it over again. Whatever the reason I end up with a collection of unused sketches that I hang onto in an "Unused Illos" file.

Sometimes I'm lucky enough to have another job that I can adapt the existing image for. More often than not they just sit in that file mocking me about all the time I spent creating them that I probably didn't get paid for... But my pain is YOUR gain - 'cause here's a Glen-A-Riffic Gallery of a few of those discarded doodles for your perusal! 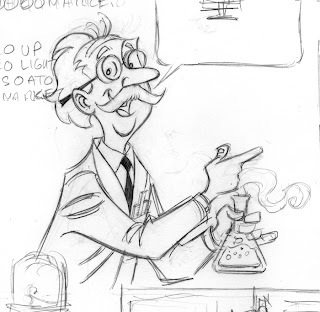 Above is from a Know magazine puzzle page rough from a few years back. The magazine's editor suggested changing the stereotypical tottering old MALE scientist to a tottering old FEMALE scientist. It was the right choice, but here to make one last curtain call is the original version. 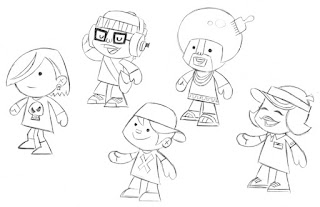 A number of years ago I worked on character designs and layouts for an online social media game (along the likes of Cityville) for a major fast food company. These are just one batch of the many variations the characters went through while I was working on the project. I used a couple of these characters as inspiration for two original art cards over at my online store. 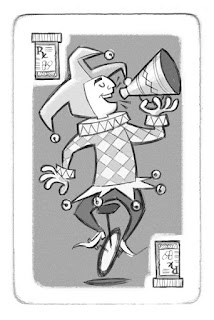 Here's a playing card-inspired illustration for a client that ended up going in a very direction. 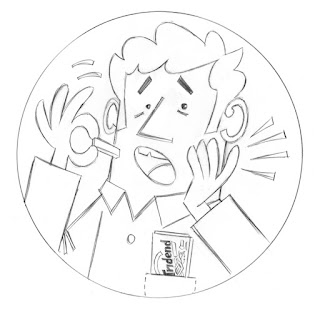 The new Joey Green book comes out in a month (plug, plug, plug) that I just happened to illustrate. Here's a rough that wasn't working to convey the intent of the accompanying text - which sort of defeats the whole reason for an illustration! The second try nailed it. 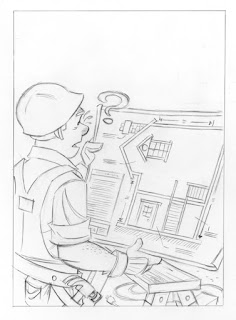 Postcard mailout rough for a client I really liked. I felt I could better though. I was much happier with second, more broad and humorous version. 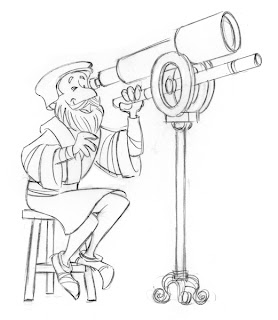 Here's an oldie from before the turn of the millennium (you can tell by the four, not five, fingers. What was I thinking!) - I tried three versions of this spot illustration trying to conveying clear vision and confidence. The next try was a 1700s explorer. Third attempt was the ticket with a self-assured airline pilot at the helm of a passenger jet.

Hope you enjoyed looking at my trash!