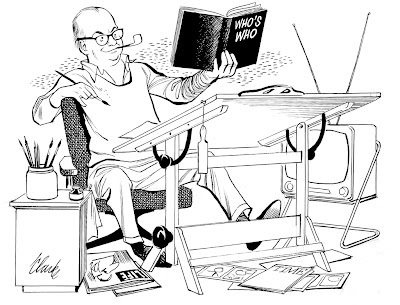 Bob Clarke, longtime and prolific Mad Magazine artist has passed away at the age of 87. I don't usually get too serious on this blog but Bob's work was a big influence on my both my work and my childhood. I grew up reading Mads every month (my grandmother had a subscription - yay for rockin' cool Gramma! - and passed her copy along to me to keep), and Bob was a staple of the 1970s and early 80s issues I loved as he had been from soon after Mad's switch to magazine format in the 1950s until the 1990s. 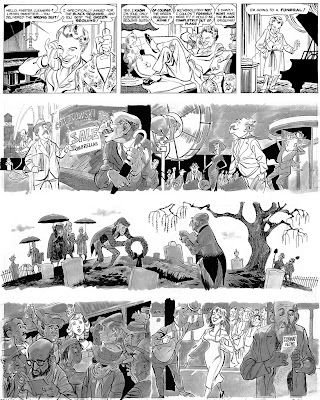 I didn't miss his early work though, as I devoured the mad reprint paperbacks from the same period. Whether it was ad parodies (Bob had been a successful Madison Ave commercial illustrator), his "Believe It or Nuts*!" take on Ripley's "Believe It or Not!" (Bob was the first "ghost" artist on the original Believe It or Not strip after Robert Ripley gave up drawing the strip to devote his time to gathering the stories), his dead-on imitation of comic and cartoon characters, or his own lovely, linear, often clean style, Bob was always a very visual presence in Mad.

(* My own illustrated wedding proposal to my wife-to-be was as much a take on Bob's version as the original.) 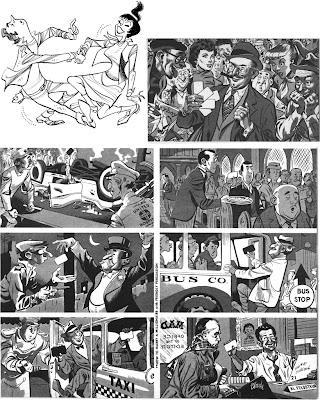 I thought I was growing up, and out of silly kid's stuff like Mad (and honestly, the quality of the mag was starting to slip into the 80s) so I lost touch of Mr Clarke's work for a few years until the early 1990s when I rediscovered him again. Soon after that a chance acquisition of 150 issues of Mads from the first magazine issue, #24, to the late 1970s issues cemented my love of his work. 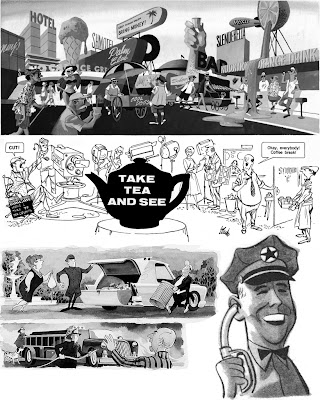 His influence on my own illustration style soon was clear. I don't get to drop names very often, so forgive the indulgence, but Bruce Timm once said to me that with all the legendary artists at Mad to be influenced by (Jack Davis, Wally Wood, Don Martin, Mort Drucker, ad infinitum), I was the only one he had heard of influenced by Bob Clarke. He was puzzled. I was not. Bob had an amazing way to clearly illustrate whatever was needed with a brilliant sense of design and a load of cartoony fun. It's always struck a chord with me. His late 1950s to mid 60s work is simply my favourite magazine work of any artist... period.

I was lucky enough in the late 1990s to purchase (although had I not been broke at the time I would have bought more) a piece from an early Mad (#39, May 1958) that hangs in a place of honour above my drawing table. It inspires me to this day and is pictured below. The published magazine spread is shown below that. 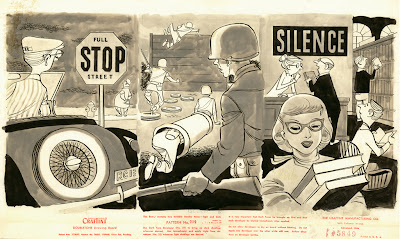 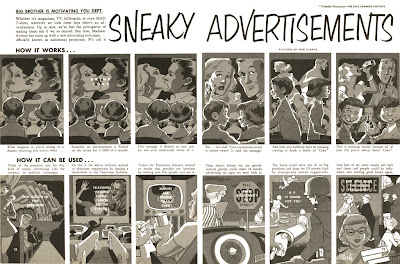 I never had the opportunity to talk to Mr Clarke - although I did write him a letter in the 90s to let him know how much I appreciated his body of work and how it influenced my own, I never heard back that he had received the message. I hope he did.

So I thought it might be fitting to celebrate the legacy of Bob Clarke by sharing a few 1950s to 1970s images of his work, gathered from my own vintage Mad Magazine copies, my original Bob Clarke art, and some other original art scans from Heritage Auctions (much appreciated, folks!) 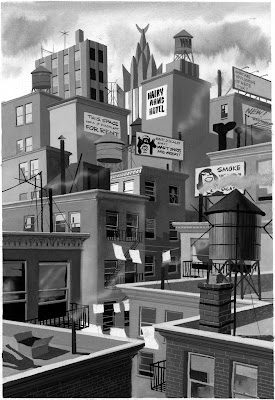 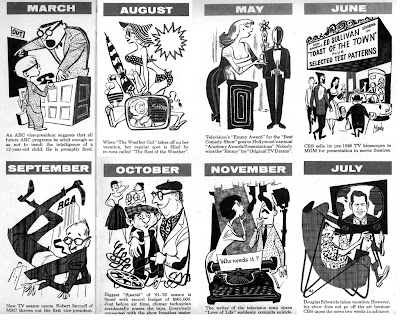 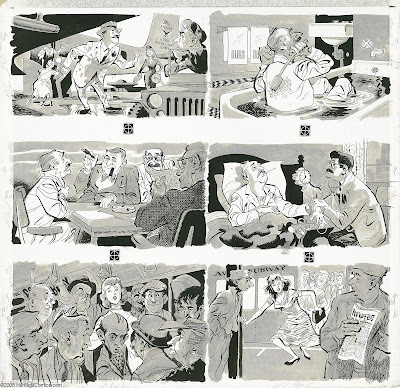