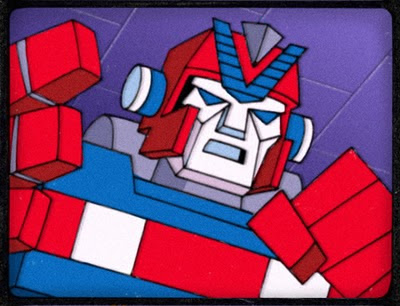 Today we depart from our usual format of Glencentric self promotion to showcase some exclusive, rare, and unusual animation finds recently unearthed by yours truly.

We start off (above) with a still from the almost legendary short-lived GBS Saturday morning giant-transforming-robot show "Battle of the Truckbots™"(1984), an obvious rip-off of the highly successful "Convertors" series.
Only 12 episodes were broadcast before the 2" master tapes started breaking down (GBS was famous for cutting corners on their shows. This program had a budget of only $946.29 per episode, scandalous even in 1980s dollars!) Only 5th generation copies taken from old Beta tapes exist in the hands of the few collectors out there who still remember the show as horrible. 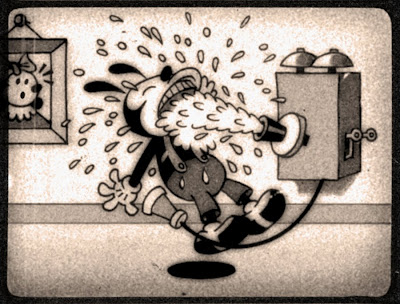 A rare frame from Chypco Pictures 1932 ground-breaking "Philo's Tele-Phunnies", the first animated short to be filmed in Flock-Tone. Unfortunately since there were few theaters equipped with Touch-O-Phonic sound it was a complete flop. This is the only print that survives. 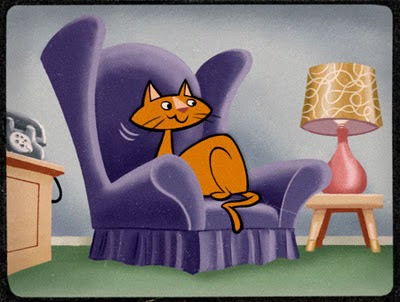 "Abra-Cat-Abra" (1956) was the third in a series of light-hearted cold war shorts produced by Happy-Time Fun Films (a division of the US arms manufacturer Amalgamated Ordnance™), for viewing in bomb-shelters after a nuclear attack. The insipid cat and mouse type antics that filled this (thankfully) now-forgotten series were scientifically designed to keep your mind off your hair falling out.

...then again these might just be illustrations from a new magazine spread I recently finished. More information on the full piece (more frames below from which are below) when it hits the newsstands in January! 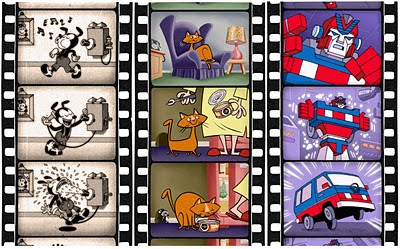